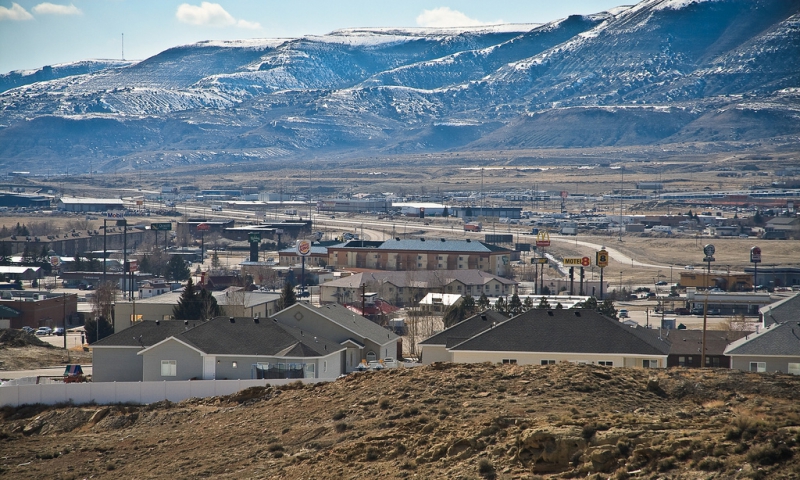 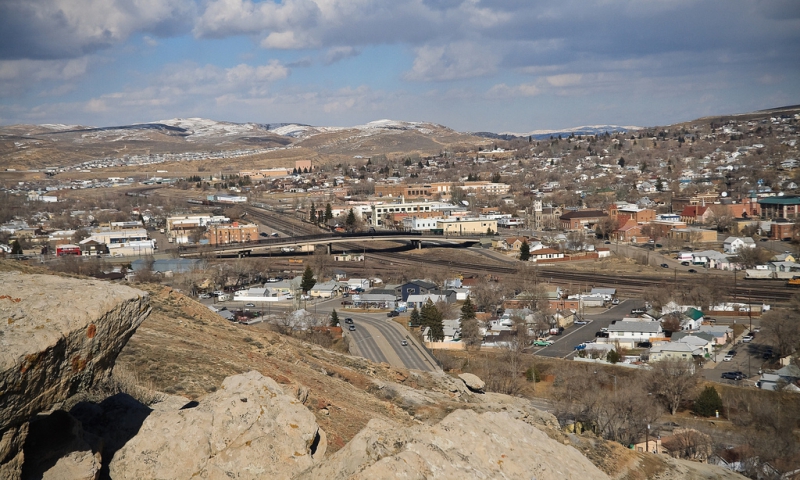 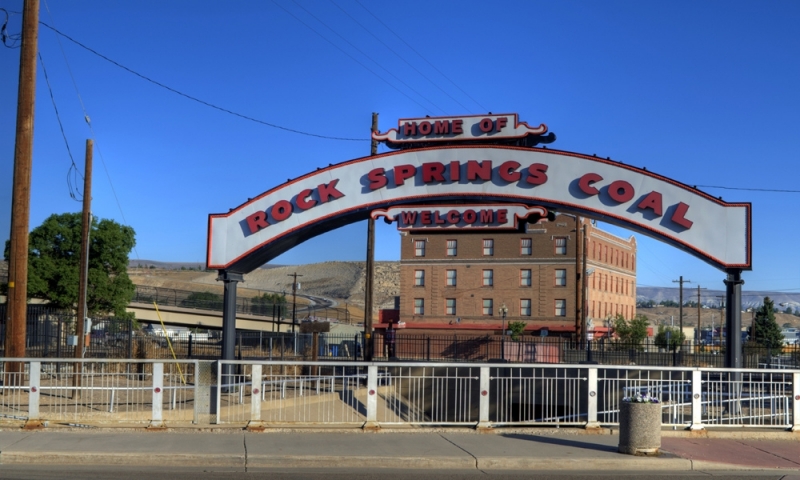 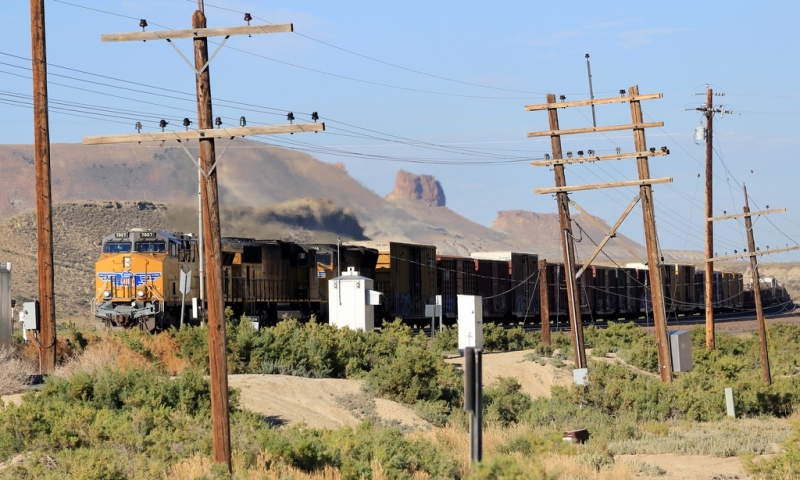 As an energy and transportation center, Rock Springs (pop. 19,000) is western Wyomings biggest city. Conveniently located right off Interstate 80, Rock Springs is without question a worthy place to stop on your way to Jackson. Situated in southwestern WY., Rock Springs is approximately 178 miles from Jackson with the drive offering beautiful vistas and open pastures on a select number of country roads. Like most other mining and energy towns, Rock Springs has always experienced booms and busts. In the last decade, the citizens of Rock Springs have worked hard to clean up their somewhat dirty and industrial image.

Rock Springs history lies in the coal business where it began as a stage station along the Overland Trail and grew due to the Union Pacifics need for the black stuff to power its trains. The Railway Act granted Union Pacific rights to all the coal along the transcontinental route. With coal close to the surface and easily accessible, eventually mines spread in various directions creating a honeycomb of tunnels under Rock Springs.

With that said, expect to witness remnants of the days of big-time mining with the occasional glimpse of old coal tunnels. Rock Springs does harbor a good number of cleaner and more attractive sites which include the historical museum and community fine arts center. Youll also find a handful of other noteworthy sites downtown which offer more insight into this interesting city.

Several miles northwest of Rock Springs off I-80 sits Pilot Butte, a prominent spire visible for miles in all directions and a milestone for emigrants along the Overland Trail. Youll want a 4WD vehicle or a sturdy mountain bike unless you want to hoof it. A staircase leads to the top of the rock from the east side.

With numerous reasonably priced places to stay in Rock Springs, you shouldnt have a problem finding a place to rest your head. From the inexpensive to the more lavish, motels, lodges and inns line the main thoroughfares. For those who wish to sleep under the stars, a few camping locations exist in the area. The nearest public camping is located 27 miles southwest of Rock Springs in Flaming Gorge National Recreation Area and is opened from late May to late Sept. There is also a KOA campground two miles west of town which operates from April to mid-Oct.

Offering everything from exceptional grease-drenched fried chicken to succulent seafood to wonton soup, the dining in Rock Springs in quite varied. With enough choices and styles of food to choose from located downtown, there really isnt a reason to venture elsewhere to satisfy the palate. Although there are a number of establishments which provide a greasy-spoon atmosphere, rest assured there are a few hidden gems underneath the soot with fine dining.

In 1903, about 40 percent of all the businesses in Rock Springs were bars. Even during Prohibition, many soft-drink parlors served Kemmerer moonshine. Because of the citys close proximity to the railroad, it was able to wheel in 100 train cars of grapes to produce the elixir. Nightlife and entertainment still thrive in Rock Springs, although on a much different level. Offering everything from local brews to live country-and-western music, the saloons and lounges have something for everyone.

In the summer, Rock Springs hosts a number of fun events such as the Cowboy Poet & Music Festival, International Day, Red Desert Roundup and the Sweetwater County Fair-the biggest county fair in Wyoming. While in Rock Springs, drop by the Chamber of Commerce for more information.