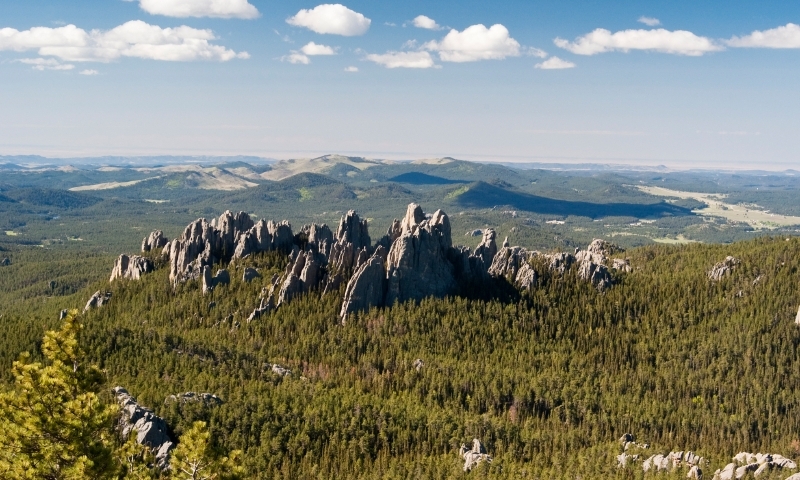 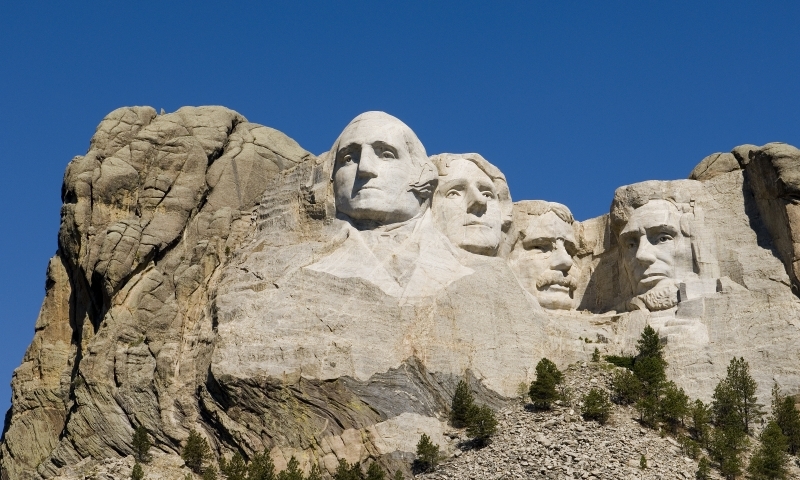 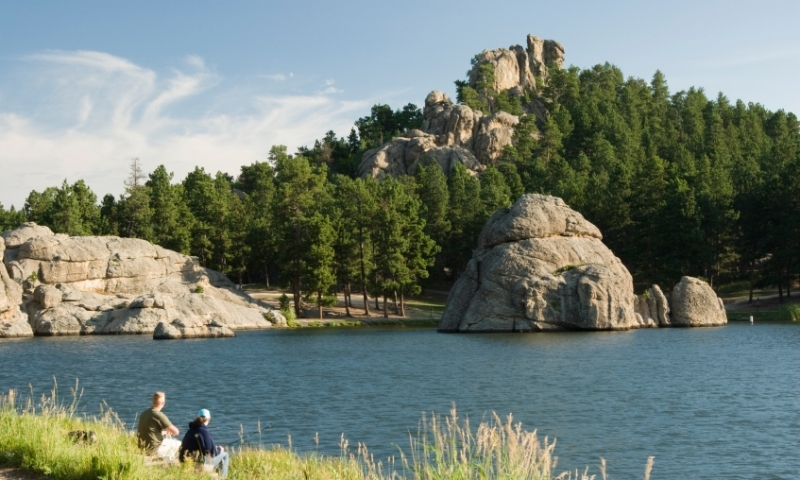 Include a trip to the Black Hills while driving to Jackson Hole from the east, where one experiences the area's unique natural beauty, as well as a piece of our nation's history.

Although the Black Hills area lies a full day drive from Jackson Hole, consider including this historical and beautiful area in your travel plans.  Among the forests and mountains of the Black Hills region, one will find multiple national parks and monuments, scenic byways, wildlife, outdoor recreation, and a glimpse into the legend of the Old West.

Crazy Horse Memorial
The Crazy Horse Memorial depicts the Oglala Sioux warrior, Crazy Horse.  Beginning in 1939 by Korczak Ziolkowski, this memorial is being carved into a granite cliff  in the same fashion as Mount Rushmore. When completed, it will be the world's largest sculpture, standing 563 feet high and 641 feet long.

Custer State Park
One of the nation's largest state parks, Custer State Park lies in the heart of the Black Hills.  History, natural beauty, an array of outdoor recreation activities, and a variety of wildlife await you.

Deadwood
The city of Deadwood lies in the Northern Black Hills and was built during the last big frontier gold rush in 1875.  Much of these original buildings have been preserved. There are activities for the whole family, including museums, the national landmark of Mt. Moriah cemetery,  shopping, legal gambling, and the Broken Boot Gold Mine.

Wind Cave National Park
Regarded by Native Americans as sacred and potentially one of the oldest caves in the world, the Wind Cave was discovered in 1881.  Unusual rock formations throughout 132 miles of mapped passages lie below a prairie teeming with wildlife.

There are no seasonal closures for any of the area's national or state parks, monuments, or memorials.  However, check for operating hours with the individual park or monument as they do change depending on season.

The Black Hills Visitor Information Center is located north of I-90 in Rapid City.  From here, one can venture out to the area's many attractions.  If you are traveling to or away from Jackson Hole, travel southwest through the Black Hills, stop by the Devil's Tower Monument, and head through the heart of Wyoming.

Step back in time and visit historic Deadwood and the Black Hills of South Dakota on your way to Wyoming!