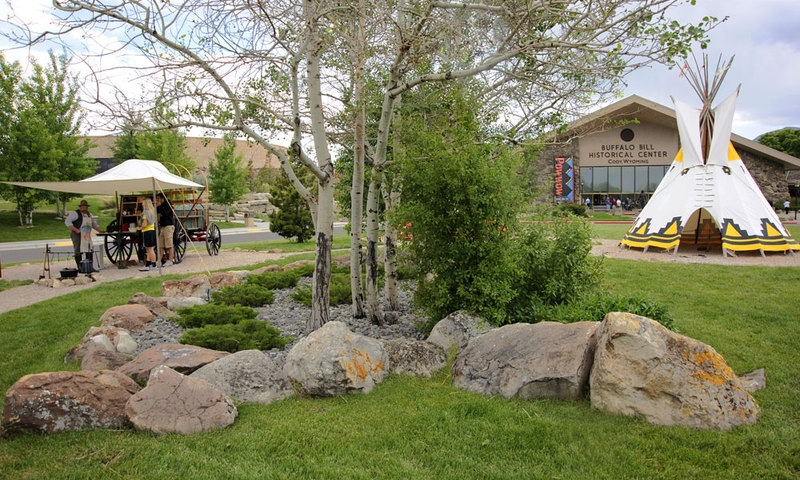 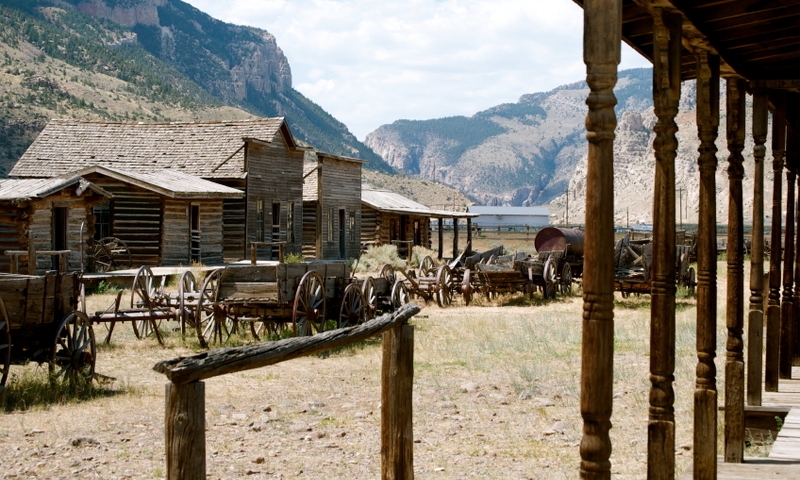 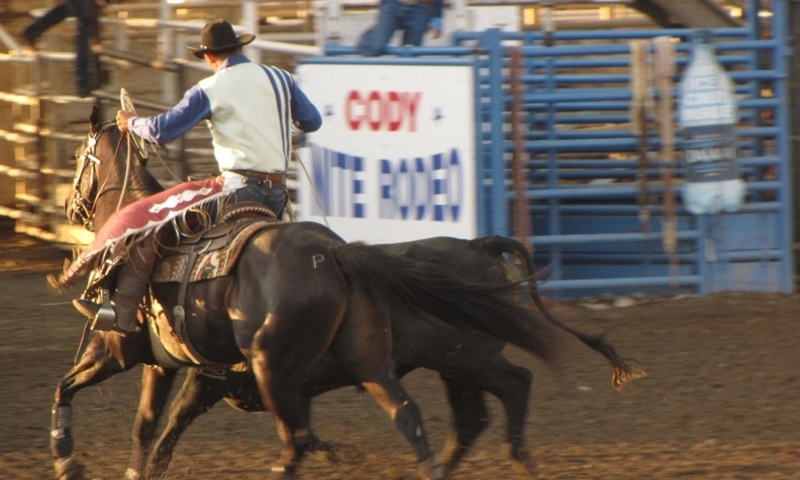 A popular stop for Yellowstone tourists is Cody, Wyoming. Cody is the transition point between the forested mountains of northwest Wyoming and the plains of the Bighorn Basin. Cody lies just 54 breathtaking miles east of Yellowstone. Spectacular scenery lies in all direction of Cody, the Beartooth Mountains to the north, the Absaroka Range to the west and Wapiti Valley to the south. 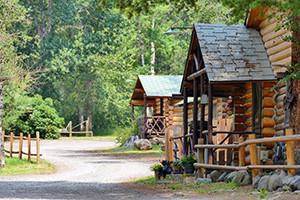 The Lodges of East Yellowstone 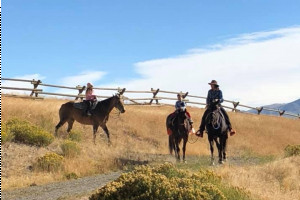 Experience a genuine Yellowstone dude ranch outside Cody, Wyoming in a place our guests describe as 'breathtaking.' Click to reserve any of our 10 cozy mountain cabins now.

The town of Cody was named for William F. Buffalo Bill Cody who was infamous for his Wild West show. His show often featured Annie Oakley, Chief Sitting Bull, and Calamity Jane. Cody traveled all over the world with his show telling stories of the young untamed west. Cody loved the area that makes up the town that bears his name, so he and two friends decided to develop a community there. Together, they decided to name it after the wild man himself thinking that it would attract inhabitants and visitors.

Today Cody still radiates with the flare of the Wild West. Rodeos and staged gun fights are performed nightly all year round.

One of the biggest attractions that Cody has to offer is the Buffalo Bill Historical Center. Considered one of the finest Western Museums in the US, the historical center annually attracts 300,000 visitors to its four museums: the Plains Indian Museum, the Whitney Gallery of Western Art, the Cody Firearms Museum, and the Buffalo Bill Museum. The Center exhibits thousands of artifacts and works of art that tell the story of the Old West.

The Cody Chamber of Commerce provides and hour long walking tour throughout this historic town. On the tour, you stop at the famous Irma Hotel which was built by Buffalo Bill and named after his oldest daughter. The hotel was built in 1902 and has about 20 rooms which still bear their original furnishings.

With the Shoshone River running through it, rafting and kayaking are popular outdoor activities in Cody. Horseback riding is also a favorite sport for tourists who want to experience what life was like in the Wild West.

Buffalo Bill and the Old West are alive today in Cody Wyoming.