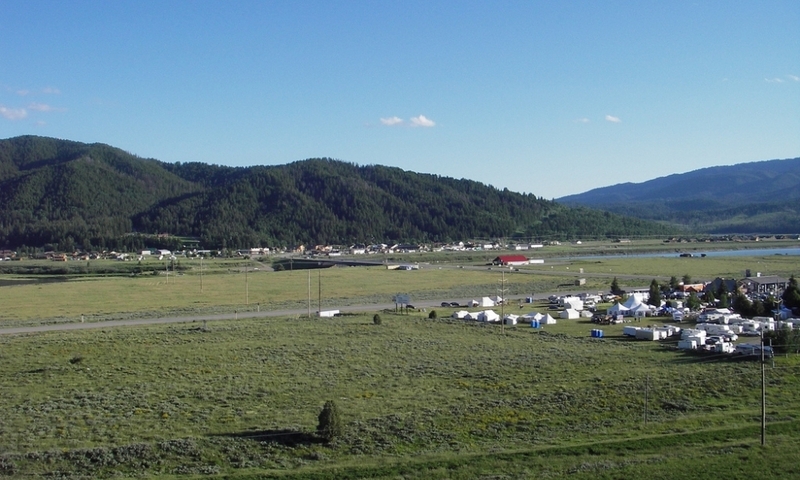 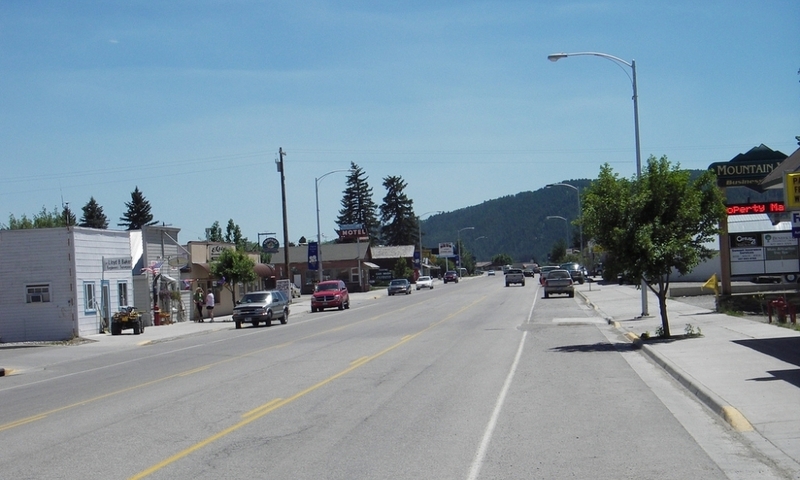 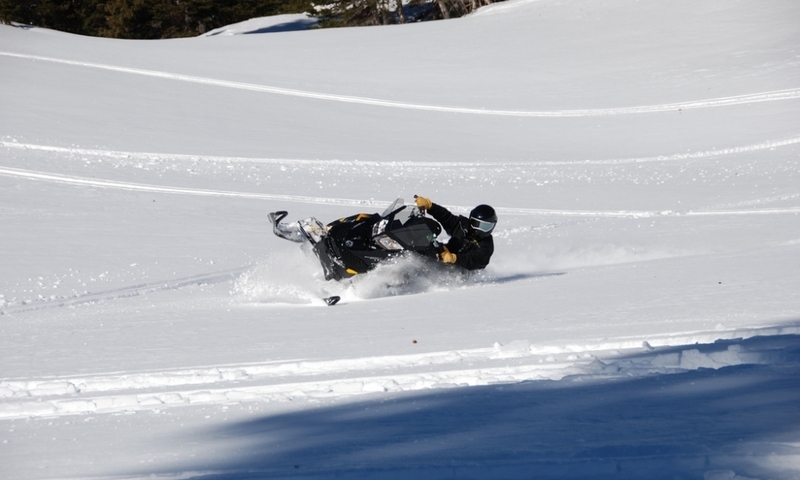 West of the Wyoming Range, the mountains seem to slightly fade as they dip into a broad, fertile farming valley that stretches across the Idaho border. This is Star Valley-which reaches 10 miles across and 40 miles north to south. Irrigation ditches follow the road, barbed wire stretches between old lodgepole posts and dairy cows graze in the lush green farm fields. Spacious old ranches, built to house the large Mormon families who first settled here, alternate with more modern ranch-style homes. With only one main road dissecting the valley, U.S. Hwy 89, the amount of open space makes for a pleasant drive on your way to Jackson-which lies about 75 miles north. 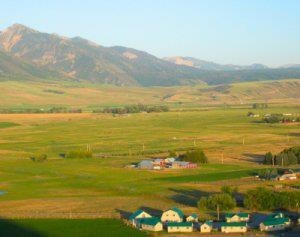 The Lander Cutoff off the famous Oregon Trail angles through the southern half of Star Valley, following the Salt River as it winds through a number of small communities. Fur trappers used this route for 45 years until Congress upgraded it for wagon travel. The Lander Cutoff saved Oregon-bound travelers more than 100 miles but also entailed climbing over a rugged 9,000-foot pass. The first white settlers migrated to the valley from Idaho in the 1880s, fleeing laws restricting the number of wives a man could have. While outlawed by the federal government in 1882, polygamy was pushed under the carpet by Wyoming authorities for many years. Polygamy has long since been outlawed, but a large brick Latter-day Saints church remains standing in each town in Star Valley.

The primary settlement in Star Valley is Afton. With a population of 1,800, this typical small American town is full of tourist attractions with many people traveling from Jackson Hole. Ranchettes and summer homes are beginning to sprout up in what had been farmland, and new real estate offices are enticing more people to settle here.

The best-known attraction in Afton is the worlds largest elk antler arch, which is an 18-foot-high arch that extends over the main street. Constructed in 1958, it is comprised of 3,011 antlers. A handful of museums and the enormous Afton Tabernacle are also interesting sites to see around town. Another worthy side trip is to Periodic Springs which is located in Swift Creek Canyon east of town. The Shoshone Indians regarded this as a sacred place and said that a powerful medicine man had the strength to turn the waters on and off by command.

Lining the streets of Afton are numerous motels, inns, bed-and-breakfasts and lodges for your resting pleasure. Just outside of town are clusters of cabins and three campgrounds that operate from late May to mid-Sept.

From fast food to Mexican cantinas to rich double-fudge sundaes, Afton is sure to satisfy your craving hunger. One grocery store survives in town and has been known to offer lower prices compared to those shops in Jackson-so stock up before heading north.

July kicks off with an Independence Day celebration and is followed by a two-day historical pageant at the high school football field. Afton is also home to the Lincoln County Fair, Parade of Lights and Cutter races, which are held on Saturday throughout the winter.

Star Valley is bordered on the east by two impressive mountain ranges, the Salt River and Wyoming, with the Greys River flowing between them. Alongside the Greys runs an awesome scenic 80-mile-long gravel road known as the Greys River Loop Road. Used by a small number of vacationers, hikers, anglers and hunters, the loop makes for a great escape from the busy Jackson Hole scene in the summer. Youll enjoy top notch fishing for cutthroat, rainbow, brown and brook trout in the Greys, and ample opportunities to view deer and moose along the way. Kayakers often paddle the lower sections of the river as well. A side road off the loop road leads to a two-mile trail that ascends 11,363-foot Wyoming Peak-the tallest in the range. Check the Forest Service office in Afton for maps and recreation information.

Other notable towns in Star Valley on the way to Jackson include Thayne, Auburn, Bedford, Freedom, Etna and Alpine-which is the gateway into scenic Snake River Canyon. Although these towns are quite small, all have their fair share of dining, lodging and attractions.