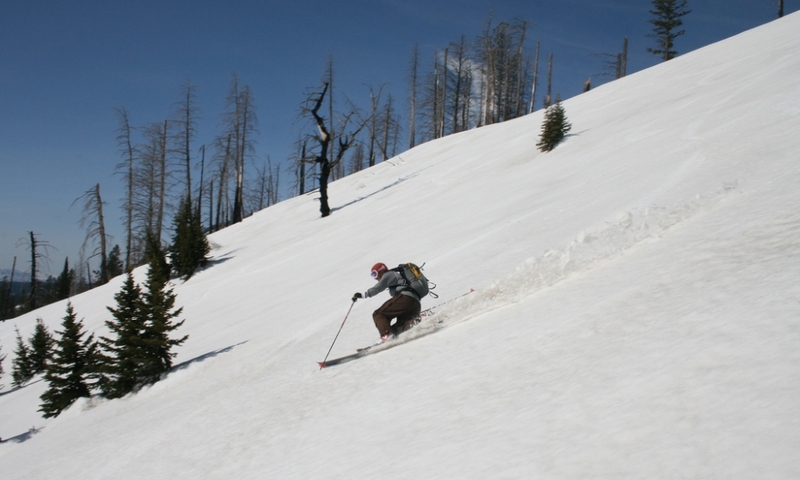 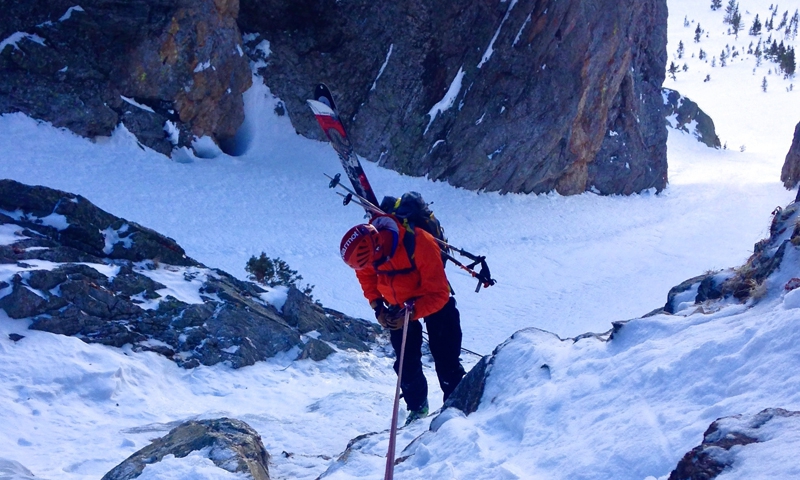 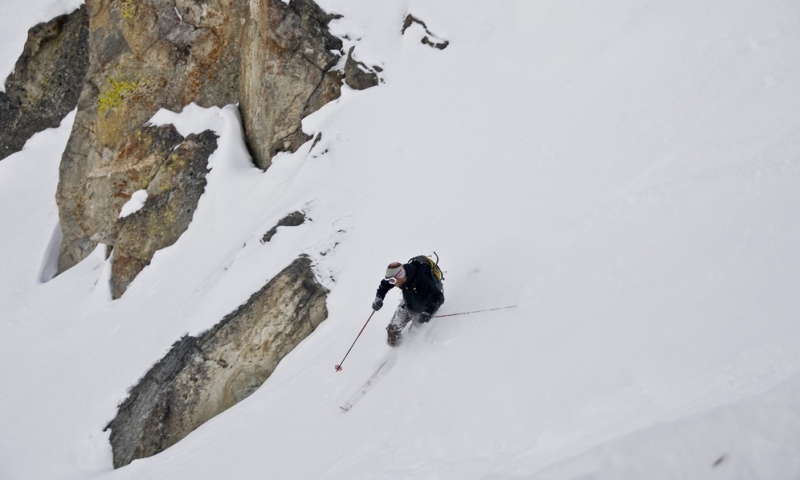 Where to find the goods in Jackson’s backcountry.

If you love backcountry skiing, you'll love our location adjacent to National Forest trails and the Trail Creek X-C ski center on our property. Rent cabin suites this winter.

The popularity of backcountry skiing has exploded in the last few years, with more and more people leaving resorts to earn their turns and seek out new terrain. While beginning skiers may want to stick to the resort while learning, intermediate and advanced skiers interested in backcountry skiing around Jackson Hole should have no problem finding plenty of places to go.

While the attractions of backcountry skiing are numerous (fresh snow, good exercise, extensive terrain, fewer people and beautiful scenery to name a few) the hazards should not be overlooked for a case of powder fever. Over the last 10 years, an average of 25 peple have been killed by avalanches each year, a number that doesn't include people only injured by avalanches or killed or injured by other means (trees, rocks, cliffs, weather, etc.). It's also important to remember that even minor injuries can provide considerable risk in a remote, backcountry setting, especially if nobody in your party has basic first-aid skills.

That said, backcountry skiing can be safely enjoyed by everyone, whether through taking courses and becoming educated about local terrain, weather and snowpack or by hiring a professional guide. If you are unfamiliar with the terrain and history of the area you plan on skiing, or if you are unsure of where to go, hiring a guide is often the best way to find good snow and safe skiing.

Part of backcountry safety includes being familiar with and bringing proper gear, including an avalanche transceiver, shovel and probe. Many gear stores in and around Jackson Hole sell or rent this equipment, and guide services often have avalanche gear available for rent.

Simply having an avalanche transceiver is not enough – it's important to understand how to operate it and practice with it. If you are not familiar with your transceiver, have a guide or shop employee help you until you are comfortable using it.

Affectionately referred to as ‘The Pass' by locals, Teton Pass on Highway 22 is one of the most popular starting points for backcountry skiers, and the parking lot at the top (just under 8,500 feet) is consistently filled with cars on powder mornings and weekends. Hitchhiking on The Pass is also common, and many skiers use their thumb to get between their car and the beginning or end of their ski tour.

Your skiing options on The Pass are almost limitless, but some popular highlights include:

Jackson Hole is famous for its backcountry access. Not only it one of the first resorts to have an open-gate policy for out-of-bounds territory, said territory consists of thousands of acres of skiing and a lifetime of exploration. That said, take care when leaving gates at Jackson Hole – tracks will often lead unwitting skiers over cliffs and into dangerous spots. Granite Canyon has some truly classic runs, but the terrain is interspersed with rock bands and cliffs, making it a good idea to go with someone who is familiar with the area. The Rock Springs area, on the other hand, is easier to navigate and return to the resort from. Longer tours out to nearby peaks and bowls often attract skiers who want to use the resort as a quick and easy way to gain some elevation.

This is arguably THE National Park for backcountry skiing in the United States. From the quickly approached and mellow 25 Short (which peaks out just short of 10,000 feet) to the long, scenic tour up Disappointment Peak or a technical ascent of Buck Mountain, backcountry skiers of all levels will find plenty of slopes to keep them busy in one of the most beautiful spots in North America.

On the other side of the Tetons, the area around Grand Targhee Resort also has some good backcountry skiing. Just outside of the resort, Steve Baugh Bowl is a local favorite for powder laps, and a two-to-three hour tour out to Little Mary's, while not having the most exciting descents, is a great way to enjoy a sunny day in the Tetons. Dropping down into Teton Canyon from the resort is also popular, but shouldn't be done blindly as many promising lines down end in cliffs. 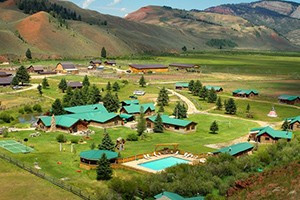